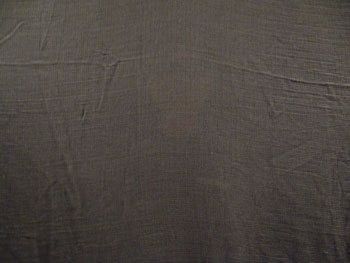 To make objects appear invisible behind the scrim, light from above and in front (downstage) of the scrim only. This will cause the scrim to appear solid and opaque to your audience. They won't see it coming when you flip the switch and reveal that something is behind the scrim! The scrim shown at left is being lit from the front so it appears opaque and hides anything behind it. 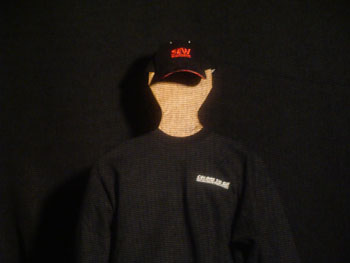 To pull off that big reveal, light the object or person from above and behind (upstage of the scrim) using instruments placed behind the scrim only. The scrim will suddenly appear transparent to your audience and they'll be able to see what's happening behind the scrim. This effect is commonly used to help a character take a trip down memory lane, or perhaps allow a glimpse into a character's imagination or dreams. The scrim shown at left is the same as above except now when instead lit from behind it appears transparent.

For a quote on a finished curtain or backdrop using sharkstooth scrim, please contact us.

There are no products to list in this category.